Today was the first day of spring bass fishing, for Sawyer anyhow. He wanted to bring Fred, but Abel told Sawyer he’d spend more time chasing after Fred than keeping a line in the water. Sawyer climbed into the middle seat with Abel at the wheel and Bowen on his right side. They rolled down the windows and lurched out of the dirt driveway towards their destination for the day. It was only a fifteen minute drive to where Naked Creek ran into the South Fork of the Shenandoah River.

When the water wasn’t high, on the south bank of Naked Creek was a raised rock bed made a natural pathway to a small island with a few trees that provided some shade. While Abel would wade around in the river, the island allowed aging Bowen and small Sawyer to cast into some of the deeper channels downstream without having to be in the river itself. On the way, they stopped by Bud’s Outdoor Store for a carton of night crawlers and a few dozen minnows for live bait. Abel preferred plastic worms and wooden jigs, however.

Bowen used a homemade spiraled wooden cane to help him navigate the uneven rocks to get to the island. The spirals were not carved, but naturally made from a vine that had wrapped around and grown into the branch. Sawyer’s job was to carefully carry the pale yellow minnow bucket in one hand and the carton of worms in the other. Once they reached the island, Bowen attached a few split shot about six inches above his hooked minnow. Sawyer did the same, but fed a worm onto his hook. Both cast their lines out into a channel and waited. Abel was waist deep in the middle of the river with a pale green jig that resembled a frog. The race was on to see who would pull in the first fish. 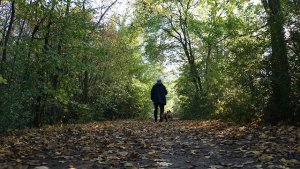 Sawyer was looking up at the deep blue sky, watching the small stratocumulus clouds slowly float from west to east when he heard Abel let out a whistle. Sawyer and Bowen had lost. Abel’s fishing rod was curved over at the tip. A few seconds passed by and Abel let out a loud disgruntled sigh. The fish had thrown the hook and the race was still on. Shortly thereafter, Sawyer felt a strong tug on his line so he gave his rod a quick pull to set the hook and began to reel in his fish. He was hoping for a Smallmouth Bass, but he knew it most likely wasn’t since whatever was on his line hadn’t breached the water yet. Many fishermen have been ecstatic to see a large Smallmouth jump out of the water, only to be disappointed as the hook came out of the fish’s mouth. Sawyer brought out a six inch Bluegill.

Over the next few hours all three caught a handful of Bluegill, Redeye Bass, and Smallmouth Bass. A few larger bass were on a chain that was looped around a submerged root at the edge of the island. Those fish had to be closely guarded. The previous year, some bass that were chained in the same fashion were picked to the bone by a mink. They heard a commotion and saw some splashing but paid no attention at first. After it continued for a few minutes Abel went over to see what was going on and found the mink eating as if it was at a buffet.

The highlight of the day came late in the afternoon when they were getting rowdy to call it a day. Bowen almost fell as he quickly scrambled to pick up from his rod from the carved Y stick it was resting on. Sawyer heard the whining zzzzzip sound as the line was being taken out of Bowen’s reel. Just then, Sawyer too had a hit and the fish was tugging the end of his rod and dragging some line out. “Let him run with it!” Bowen shouted to Sawyer. Every instinct told him to start reeling, but doing so would most likely break the line. Both rod tips were bent over the game of tug-of-war ensued. As soon as Bowen and Sawyer got some line in, the fish would take it right back out. Back and forth they went and then Bowen’s fish leapt out of the water with its tail fluttering. Bowen got his Smallmouth in first. Soon, Sawyer’s fish began to emerge from the bottom of the channel. It was a Largemouth Bass. Both fish were in excess of three pounds and made an excellent addition to what was already on the chain to bring home. Sawyer would always remember the time he and Bowen had a double with Abel proudly looking on.